During the creative process that is Nabz and Snatch Beer 30, we have come across some key phrases and words that have not been documented. So Beer 30 is doing its best to make this a documented ordeal. As you see, the LIVE interview versions of Nabz and Snatch have yet to be recorded and released, this is because of the nature of our program. Our eventual intention is to make a 1 hour program, full of animated skits along with our interview segments. So during the animation production and small skit recordings, we have a live atmosphere here at the Portal House in Missouri. Here are some of our words:
BEER30/420 URBAN WORDS

We have words in URBAN DICTIONARY

2. Saigon Tickle Share on twitter Share on facebook Share on more 2 thumbs up
In a BEER30 interveiw, Nabz revealed to his co-host, about a guest he had once, that casually grabbed the cheek of his ass shamelessly, and then lightly tickled his anus with his ring finger. The shamelessness of the act, became known as the 'saigon tickle"At the party, Robert moved next to Harold from accounting, and shamelessly administered the Saigon Tickle. mark as favorite buy saigon tickle mugs & shirts ass ass grab ass tickle groped saigon tickle
by Nabolshia Apr 12, 2011 add a video
BEER30 to BEER420 Conversion Page 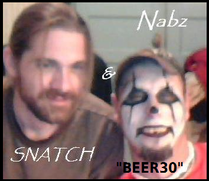 The concept of the show started about a 2 1/2 years ago in December, as an idea to capture unique events on video and audio and then post them to our public page on www.youtube.com/nabznsnatch. After 10-15 video feeds, we began to network our work and construct something more solid. A few controversial videos, and our show began to get a life of its own. This show which involved an evolution of many individual ideas as well as brainstormed group projects began to take off, as one of our videos approached 1000 views. And we received a BAN in Germany, we felt important.

Our original information was collectively attached to our website on Blogger, as we began to work on comedy animations and skits, based off the ideas of Nabz. Such as FUCK CLUB, and Bob the Fish. Soon plans for the king project "You got Squat" was started and then postponed due to technological access.

The site was then www.beerthirty.blogspot.com and soon evolved into smaller bits of animation production and comedy recordings. This was the birth of Scratch Animations and Backhand Studio's. All animations were still motion animation, drawn images done freehand in sharpie by Nabz, and motion animated by both Nabz N Snatch.

On a WHIM, An investor convinced us to take a 24hr adventure to see another "culture" of people that may be interested in our materials. A 24 hour road trip to Wisconsin from Missouri, turned the Beer 30 label into a mutation which then moved forward as Beer420.

The website evolved into another site, www.beer420.spruz.com. From this move, the Beer30 show (mainly Videos and Audio feeds and Animations uploaded to youtube), now had morphed and this medium did not serve the needs of the shows and thoughts evolution.

While looking for more viable methods of exposing our creative material to an audience, Nabz discovered Web broadcasting (ALIEN RADIO) and joined www.spreaker.com. Where Beer420 took a bold new step. The idea in the beginning was to promote local artists and small business'. However we were still in a gap, and transition.

Suddenly things became clear, instead of doing our live comedy bit, and playing commercialized, or "signed" music and bands, we thought it would be better to promote underground or unsigned bands. Since this transition, it has been hard to keep unsigned bands coming to our studio once a week and have had several weeks of no music guests at all, which made us revert to playing commercial bands that made us feel good to hear.

With in 6 weeks our web broadcast hit 1000 listens. This compared to other top 10 shows on Spreaker, that have been on for several years and have not hit 800. With this, the show gained another investor, MRM. this investment money goes to pay for the airtime for the show and extras for the websites. We are now at over 3400 Listeners!

The show name then stepped back a page, and became one of several shows to appeal to more peoples taste, and desire for a radio show. The main Beer420 page on Spreaker, became "BACKHAND STUDIOS", and then the other radio shows emerged, due to the expanse to a 5 hour broadcast.

BEER420 with Nabz N Snatch, is a comedy show about Nabz a Comedic DJ, and his "Q" Co-host, whom changes forms randomly show to show. They talk about TABOO Material Liberally, and have a HOTSEAT guest that is short of being ROASTED inside out. And they interview Local or unsigned Bands and Artists, share their information, and their work! Join US Wednesdays and sometimes Thursdays @Wed 4:20 and Thur! CST

Transitions have taken place, and that the SNATCH seat has been filled by Sideshow Shecky from BaloneyTown Tv.. Other changes are that Back Hand Studios is spreading out and offering more in the way of entertainment! Commercial Free and in your face, music from all directions, enjoy Soundwave! and WORKPLACE SAFE RADIO WAKEUP with the BACKHAND!

EDGE started out working in and around the Music Scene, specifically around Club Fresh and Zeal in the 220 Complex.
He realized that a lot of artists were not being represented, and decided to get more deeply involved and took up Promotions. You may remember him in a 2011 show visit where he talked of possibly directing a movie (Of all women! Oh Yeah!) But now he is serious in the Promotions Bizz, if you got an event and you need some tunes - Hit him up! Some of his Bands and artists are: DirtyMoney, The Legendary Norman Jackson, and Krazy T to name a few! A true believer in supporting Local Music and Artists!
ADD HIM on FACEBOOK! http://www.facebook.com/cuttingedge.entmo
BEER30 on BLOG-SPOT (18+)
Nabz N Snatch BEER30 is a prequel to BEER420, this material was invoked through Heavy drinking, and instigation of said parties to participate. More videos are available through YouTube. All rights. BHS 2010.

The Punisher, Fall 2010, Not Forgotten 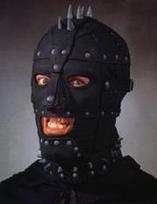 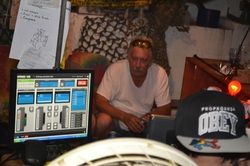 An Original Beer30 Show Guest known for the YouTube hit "We met on AOL Chat", about a Swinger couple he got involved with back in the 70's, Einstein or "The Stein" as he calls himself continues to contribute with show visits and tales of weirdness and wonder, as he recounts his past experiences through a set called "The Adventures of Einstein." Add Nabz n snatch on Youtube and listen in as he tells his tales. His antics can also be heard in past episodes of Beer420 on Spreaker.com.
Powered by